Sedatelec: the world standard in Auriculotherapy

Sedatelec, is a public limited companies (SAS) with a capital of 160 000 euros specialized in the design and distribution of medical equipment.

Located in FRANCE, near LYON, it employs 20 people and exports about 80% of its production, in more than 40 countries, in Europe and the rest of the world.

Founded in 1978, Sedatelec worked with Doctor Paul NOGIER, the father of Auriculotherapy and developed the first sterile semi-permanent ear needle, the ASP®.

It also created the first electronic devices and lasers for doctors carrying out this new medical technique.

As a result of the development and diffusion of Auriculotherapy then Auriculomedicine, the second technique developed by Dr Nogier, the activity of Sedatelec has developed and is continuing to extend throughout the world. Thereafter, it expanded its market to acupuncture and progressively to other forms of alternative medicine (Reflexology, Photonotherapy®, Etiomedicine, etc).

Dr Paul Nogier (1908-1996), a neurophysiologist fascinated by acupuncture, homeopathy and psychology, demonstrated in the beginings of the 1950s, that certain points on the external ear corresponded to organs or systems and that their distribution corresponded to the image of an inverted foetus. This representation, now recognized world-wide, is the basis for the practice of Auriculotherapy.

Sedatelec is dedicated to complying with the most up-to-date regulations governing health products, and always takes the greatest care when it comes to product safety and quality. 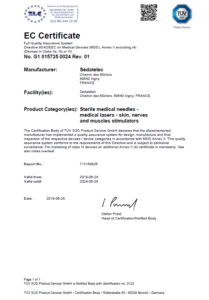 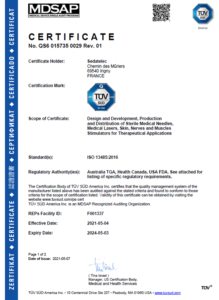 Forever seeking to remain at the cutting edge of technology in order to adapt to new approaches, Sedatelec still has some wonderful surprises in store for us.

Discover Sedatelec’s 40-year history
in the booklet below. 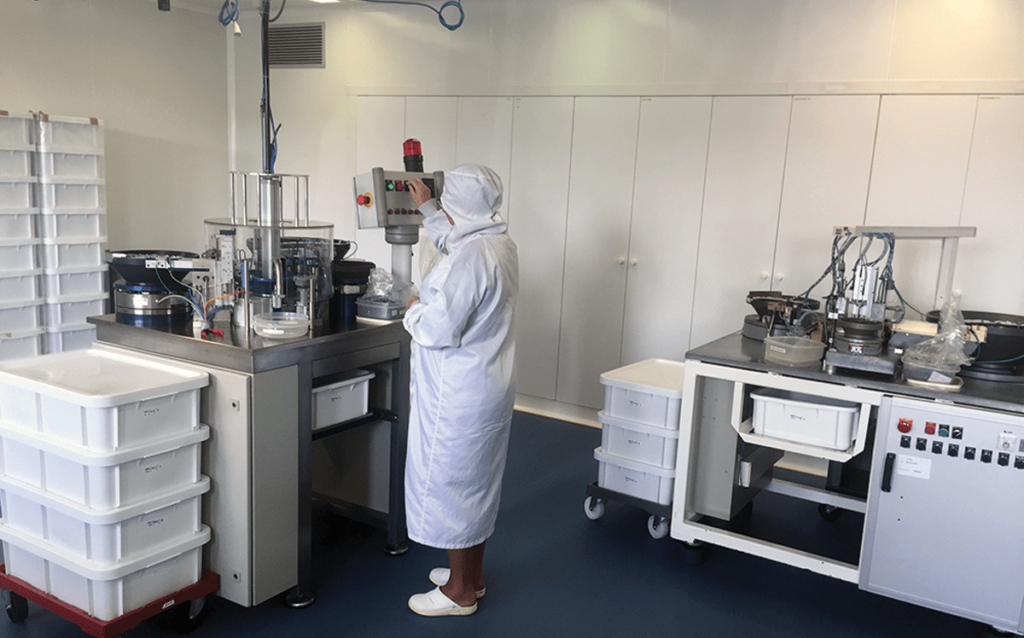 At the heart of Sedatelec are the ASP® needle manufacturing clean rooms.

Equipped with modern machines for producing the parts with a hundredth of a millimetre precision, the automated process minimises unnecessary handling. The environmental control conditions required by the standards ensure optimal needle hygiene quality before they are sterilised using gamma radiation. All of the needles are also subject to a final check, conducted 100% by optical camera, before being packaged.

From R&D to manufacturing, including design and development, everything is Made in France. Production is computer-managed to ensure perfect traceability of all items. Each item is manually assembled by experienced professionals, and each step is continuously and rigorously checked. Latest-generation electronic equipment is used to test each device before it is shipped, thus ensuring optimal quality. 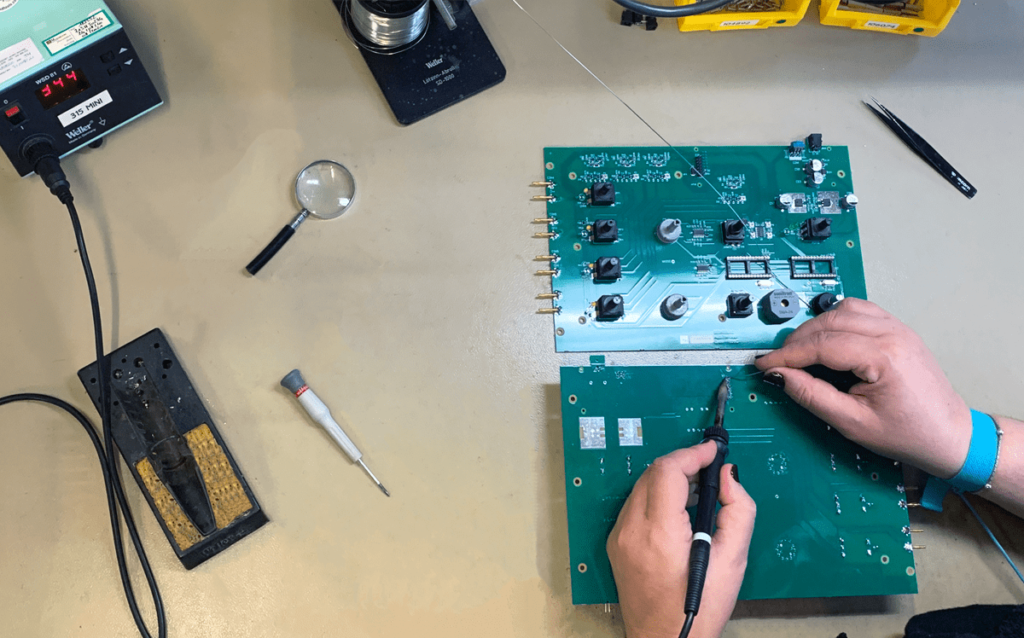 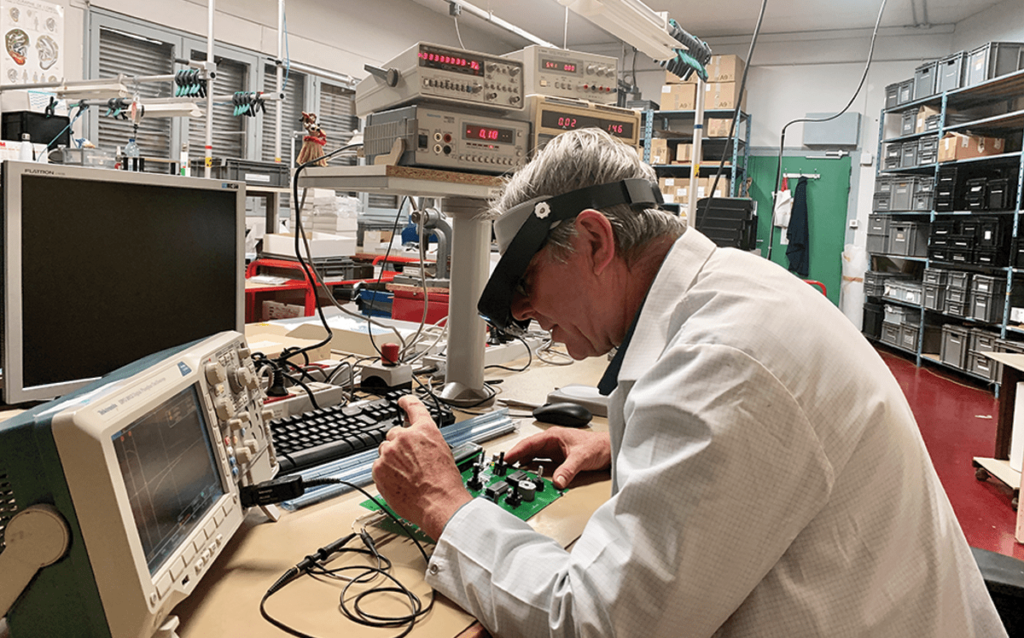 Sedatelec guarantees its devices for 2 years, including parts and labour, against any manufacturing defect, with the exception of wear parts (cables, probes, batteries) and for use that complies with the user guide. Small instruments are guaranteed for 1 year. After-Sales Service is provided on site in Lyon, up to 10 years following withdrawal from market. Each repaired device is subject to the same inspections as a new one.