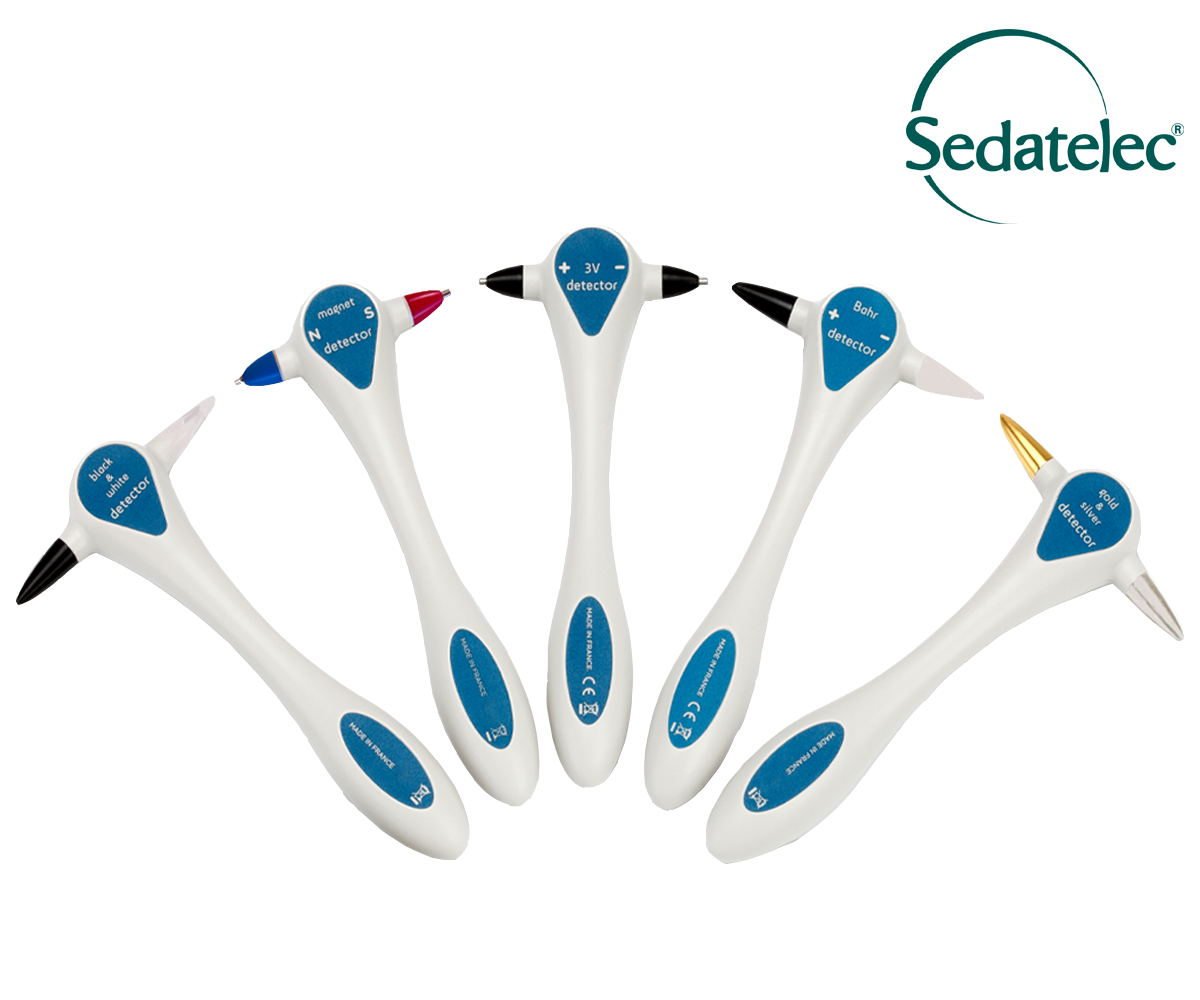 These ergonomic, practical and reliable detectors are essential tools in Auriculomedicine.

They are intended to stimulate reflex points or skin areas, used to locate and characterise pathological points using the VAS (NOGIER pulse).

Ergonomic design for a good grip.

The Black / White detector allows the search for a positive RAC by bringing the black or white tip closer to the ear, allowing the identification of pathological points. Available with short or long tips.

The NORTH / SOUTH detector is used for the identification of the point and the diagnosis of its energy value. For example, the NORTH pole can give a positive RAC in the case of tissue disorganization, while the SOUTH pole can react on allergy points.

The 3 Volt detector allows the search for a positive RAC by bringing the positively or negatively charged tip closer to the ear.

The BAHR detector potentiates the effect of the black / white detector with that of the 3V. By keeping the positive (black) terminal of the hammer near a point that has a negative charge, an inductive charge is created. The same goes for the negative (white) pole near a positively charged point. The points which trigger a RAC at the positive pole when approaching the hammer, must be treated with a “Gold” needle to open them; and points, where the negative pole triggers a RAC should be treated with a “Silver” needle.

The GOLD – SILVER detector is used to determine whether to use gold or silver needles depending on the RAC detected (eg: golden tip, use a gold needle).

Register to be able to consult and download all our resources: standards, instructions for use, medical files, HD photos, among others

Or identify yourself if you already have an account